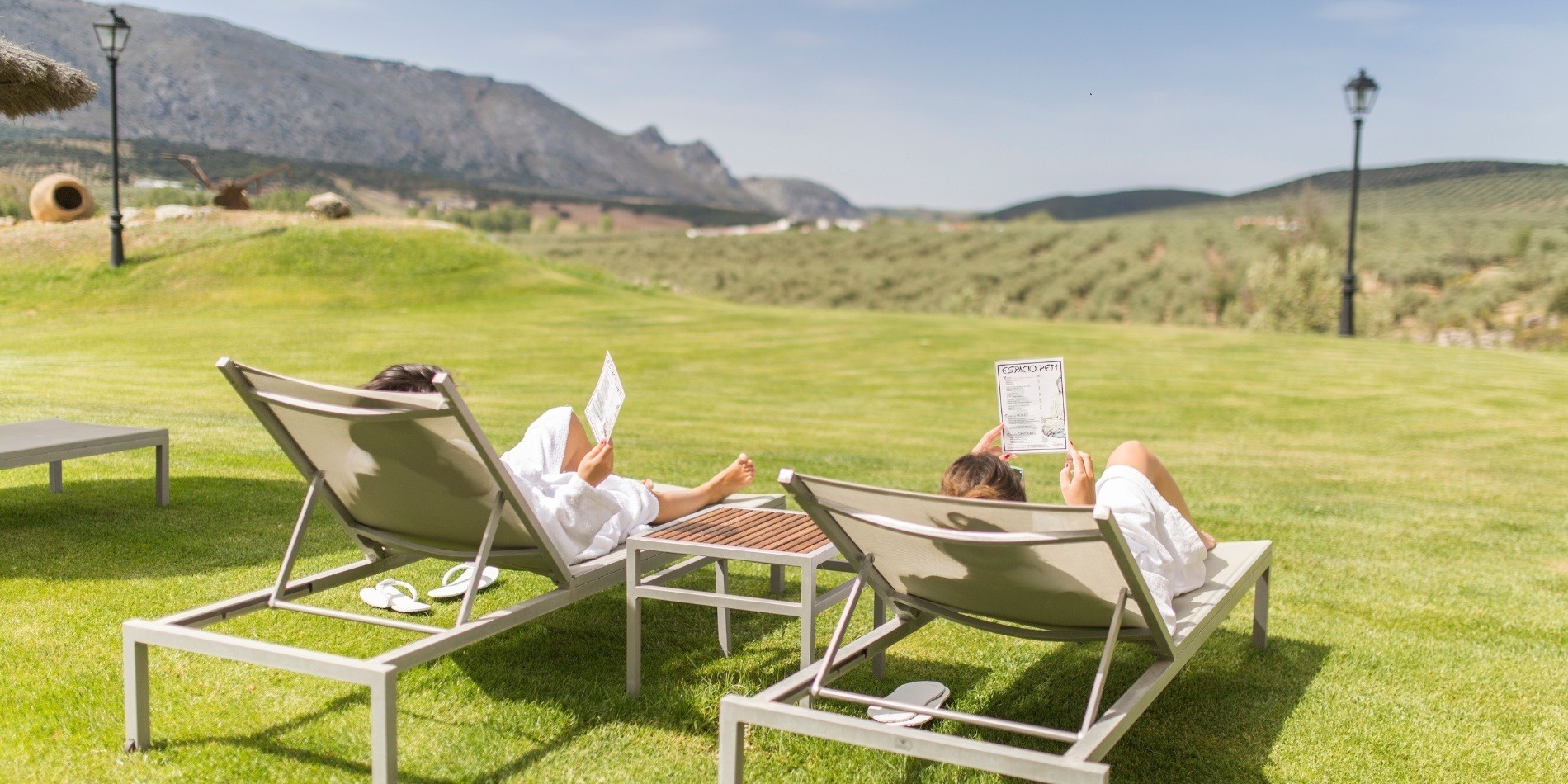 by Checkin: La Magdalena
19 · 11 · 19 tags: Actualidad 0 Comments
Antequera Golf concludes its participation in the WTM with 2020 growth prospects for tourists, golf players and overnight stays without the expectation that Bréxit will affect the resort's figures.
The Antequera Golf Group has been present at the World Travel Market in London, the most important international tourism fair in England that was held from November 4 to 6 and one of the main annual appointments to which the hotel complex attends each year for its promotion to the British market.
Representatives of the hotel group have positioned themselves on their expedition to London with an extensive agenda full of different appointments and meetings with British tour operators in order to reinforce marketing with this market that is not only looking for sun and sand, but is increasingly interested in a cultural, active, nature, gastronomic and golf tourism. In addition, the strategic location of the city of Antequera and its star offer to visit Andalusia "without suitcases", makes the Hotel Antequera and Hotel Convento La Magdalena the ideal venue for British groups seeking to know the most important cities in the community in one week, leaving each excursion from the same place.
According to the Antequera Golf Group, each year it becomes easier to attract large international tour operators that Antequera is a city that must be visited, since the destination is now being promoted with the declaration of the Site of Los Dolmens as World Heritage of UNESCO, in addition to the incredible attraction of the Caminito del Rey, essential elements to get your attention. However, despite the fact that more and more tourists will come to Antequera and there is no forecast that the Bréxit will affect this, it is necessary to continue with the promotion work inside and outside our borders, hence the importance of continuing to go to the WTM to strengthen and consolidate tour operators that the resort already has contracts.
The Antequera Golf Group confirms the great prospects for the British market, with the launch of new collaboration agreements and also renewals of tourist groups for 2020 and 2021, in addition to continuing to grow with new tour operators and companies dedicated to selling online .
GOOD OPENINGS FOR MALAGUEÑOS TOURIST ENTREPRENEURS
Andalusia improves its tourism figures and plans to close 2019 with an increase of 3.3%, when expectations were for a rise of 2.6%, as reported by the Chairman of the Board, Juanma Moreno, and the Vice President and head of Tourism , Juan Marín. And is that neither the Bréxit, nor the bankruptcy of Thomas Cook have affected tourism in the community that also has as objectives for 2020 to increase British tourism by 2%.
As for the specific situation in the province of Malaga, Malaga tourism businessmen return from this essential event in London, relieved to find that both tour operators and airlines have assured them that the current situation is totally normal. and that the number of British tourists in Malaga, the most important international source market for the province, is expected to continue.

SUBSCRIBE TO THE NEWSLETTER
AND RECEIVE ALL OUR OFFERS AND PROMOTIONS